One of the more complicated “easy” things in software is providing a useful bug report. Literally anyone can encounter a “bug,” “flaw” “defect,” or even “desired-feature” while using a product and anyone can give a good explanation to the maker of the software of that problem, but people rarely do. Sometimes they feel they’re not knowledgeable enough and don’t try, sometimes they try and don’t fully understand what’s helpful, and sometimes they just nail it.

The first thing to understand to write a good bug report is that even with no technical knowledge, you can probably provide the maker of a piece of software with useful information. As long as you pay attention and report the issue as fully as you can, your input should be welcomed.

Pretend you are an auto mechanic 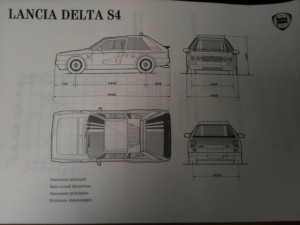 Imagine you’re an auto mechanic and a customer comes to you and says “My car doesn’t work.” From the start, they’ve given you very little to go on. “Car doesn’t work” can mean literally anything from “the air conditioner doesn’t get as cold as I’d like” to “the stupid thing won’t start no matter what I do it.” So you ask for details. What you need to know is what the person is seeing happen, what they expect to happen, and you might be helped by anything they know that has happened that could contribute to the gap between those two things.

Now because of a weird quirk of this universe in which you’re theoretically an auto mechanic, it’s actually the case that you can literally never see the car. Instead, what you can see are blueprints that are used to make the cars. And when a user presses a button, their cars based on the blueprint can almost magically be reconfigured based on the changes you make. As you’d imagine, this twist presents another hurdle: you’ll probably need to know a lot about the specific car and its environment to figure out the problem. Some behavior reports like “it’s doing X and should do Y” will be good enough for you to identify and fix the issue in the blueprint. You’ll look at the car’s plan and see clearly that the flange has been getting installed upside down in all cars.

But sometimes it’ll have taken the car being driven 5,000 miles on vibration-causing backroads for the issue to occur. The fact is that the lever was being installed a few degrees off plumb which made it vulnerable to getting trapped in an open state when the car experienced lots of vibration. As you’d imagine, for a problem like that it’d be really useful to know the environment in which the driver was using their car, how they were using it, and what other things were around their car.

Enough with the cars! How do I file a good bug report?

Ok, you probably understand the analogy well enough. So here are the three most important things that a good bug report will contain:

These three things aren’t the only things that well-estabilshed organizations will ask for. Many of them have complex forms that specifically suit their piece of software and the type of bugs they get reported. But this is a great place to start to understand what kind of things are helpful to someone trying to make their software better with your input. So get reporting!